2nd Panzer try to take the Bridge at Celles (again...)

Last night our travel-stained war correspondent reported for duty in a freezing Belgium. The so-called battle of the Bulge is reaching its peak and a crisis for the Allies, as the German lead elements close in on the precious bridges over the Meuse. Battlegroup Bohm of the 2nd Panzer Division has been ordered to break through the allied lines and seize the bridges, in readiness for Kampfgruppe Cochenhausen to advance northwest towards the coast. Facing them are the old Shermans of the 29th Armoured Brigade, 11th Armoured Division who have been hastily rushed back to the front to try and halt the German advance.

The battle commenced with two Panthers prowling westwards across the wintry landscape to the North and South of the Ferme de Mahenne. 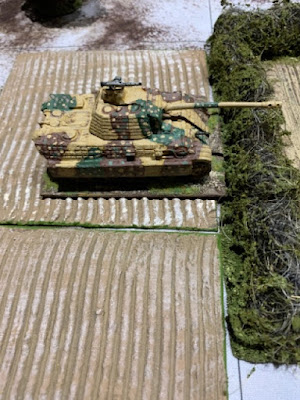 The British took up defensive firing positions in the village of Foy Notre Dame and the copse to the south. Phil’s Panther crashed through hedges and took up a firing position facing the village. It was soon engaged by a Firefly with its mighty 17pdr. The result was a miss. The next turn the Panther returned fire. Cue one dead Firefly. 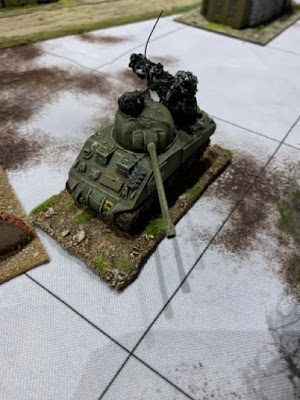 The weaker 75mm armed Shermans retreated into the village hoping to get lucky and find a way of obtaining a flank shot on a Panther. 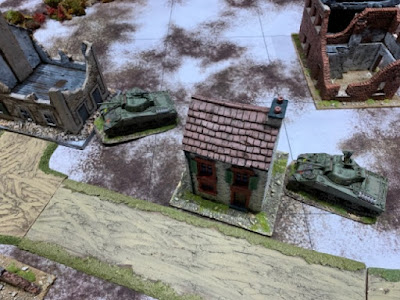 The second Firefly played hide-and-seek with Greg’s Panther, hitting twice but the Panzer shrugged off the single loss of a temporary dice by judicious use of the “What a Tanker Card”. With the other Shermans trying to hide, Phil’s Panther raced into the centre of the village to kill the remaining Firefly with a flank shot. Ouch! 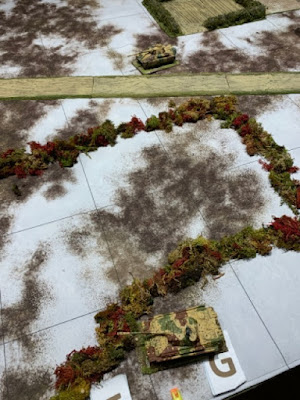 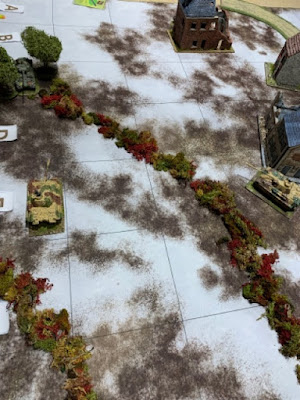 Matters were looking distinctly sticky for the British. Dave’s 75mm Sherman was next to go as Phil smartly manoeuvred his Panther round one of the buildings to send a round into the rear engine compartment. Boom! 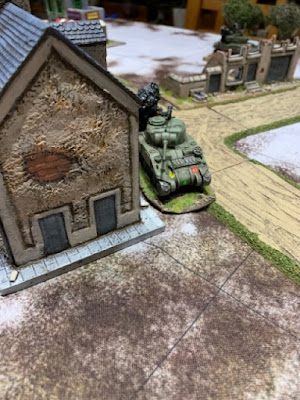 The final action of the evening saw Rob’s M4 with a Panther to its front and another to its rear. 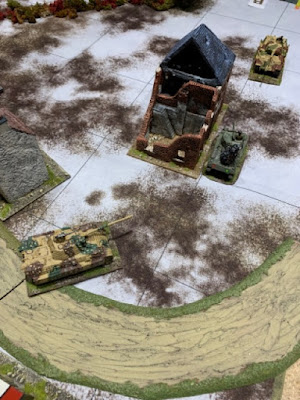 This was never going to end well. Some strange noises coming from St Neots as “Honest Simon” drew the 1st chit of what would prove to be the final turn. Phil’s Panther applied the coup de grace to the hapless British. A 4-0 German victory!

Once again the battle showed the superiority of the German armour. Even the defensive advantage of the British proved to be of no major benefit, especially as the German “fast” attribute let them manoeuvre quite adeptly in the urban environment”.