Operation Martlet in the Digital Age

Having tried out Command and Colours using Tabletop Simulator we thought we would be a bit more adventurous and try a game of Chain of Command, having found the setup for the Too Fat Lardies Operation Martlet pint sized campaign on Steam. 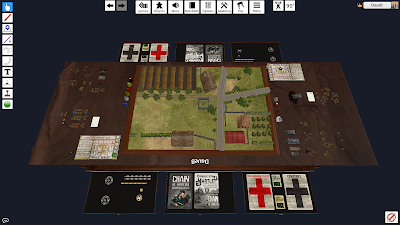 The British objective was to get at least one team to exit the right hand side of the table.
The patrol phase took longer than was usual for a physical game due to a bit of difficulty in measuring distances and the markers sometimes wouldn’t sit on top of terrain. However, we persevered and the British managed to get jump off points advanced along the bottom edge of the table with a solitary point in the cornfield near the road. 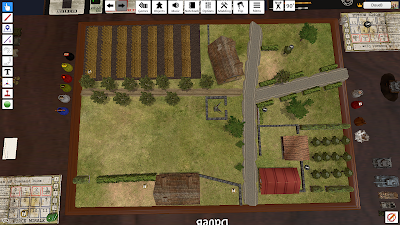 The British were hoping that they could use their jump off points at the bottom edge of the table as their main point of advance and deployed accordingly. The Germans had other ideas and deployed a section into the orchard which the British shot up, wiping out a team. The Germans sent in reinforcements, thus preventing the British from advancing. 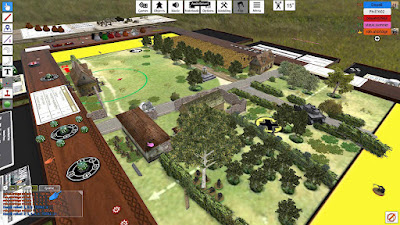 The Germans also deployed a section into the farmhouse. It was easier to line the figures up outside the building otherwise it would have been difficult to know what was inside. Also sometimes the figure placing misbehaved and we ended up with “figure stacking”. 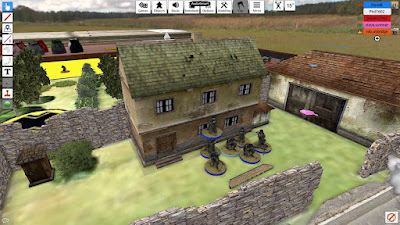 With a Mexican stand-off at the bottom of the table the British switched their line of advance to the cornfield with their last section. This section came under fire from the Panzer IV but managed to continue their advance... 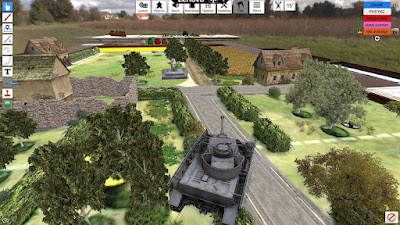 And find cover behind the building. 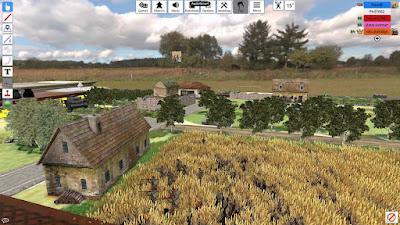 To provide support to the Panzer the Germans moved an MG42 team up to the hedge next to the crossroads, but immediately came under Bren fire, wiping them out. Things were now looking very sticky for the Germans, especially as the Panzer failed to activate while the British continued their advance to the table edge, thus completing their objective. 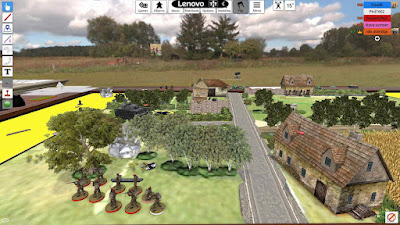 Interesting game with a few minor issues with moving figures but by the end we were getting the hang of the system.