The Battle of Stow-on-the-Wold

Thursday afternoon saw a run-out of Simon’s shiny new English Civil War armies using Simon Miller’s “For King and Parliament” (FK&P). Despite being released several years ago they haven’t seen much use with our little group of gamers, so this was viewed almost as a play-test. The chosen battle was the historical encounter fought at Stow-on-the-Wold on March 20th 1646. The Battle saw Lord Astley’s smaller Royalist force take on Thomas Morgans Parliamentarians albeit the Royalists held an advantageous uphill position on a low ridgeline. The deployment was as per Mr Miller’s scenario pack for the battle. 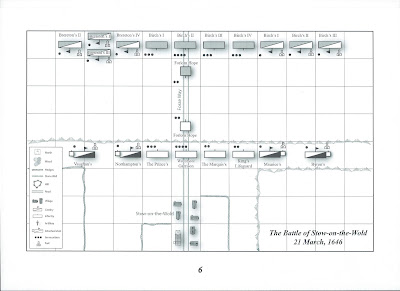 Battle commenced with the Parliamentarian right wing cavalry advancing to meet their outnumbered counterparts, albeit the Royalists were supported by small units of “commanded shot”. 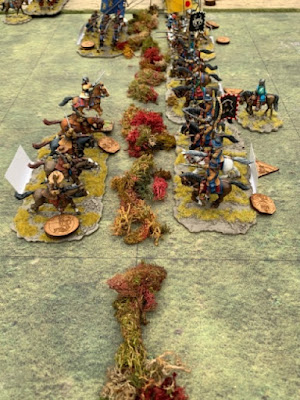 Colonel Birch’s Parliamentarian cavalry did the same on the other flank with the infantry advancing slowly in the centre, wary of taking on an opponent with the terrain advantage.

Things didn’t go well for the Parliamentarian right. Despite using “dash” and saving their pistols for combat in the “Swedish style” they barely registered a hit, but soon lost two units. Things were going better for them on the left as they disordered Byron’s horse. 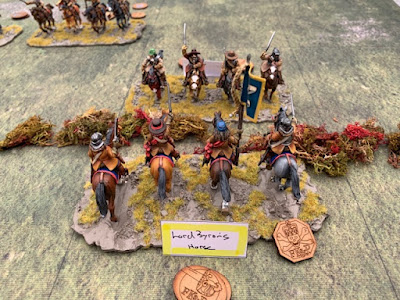 However the latter unit did manage to retreat saving themselves from destruction. The centre saw desultory Musket fire before Birch’s 2nd Parliamentary Foot Regiment charged through their own Forlorn hope to sweep away the Royalist skirmishers. A measly single victory medal was handed over. 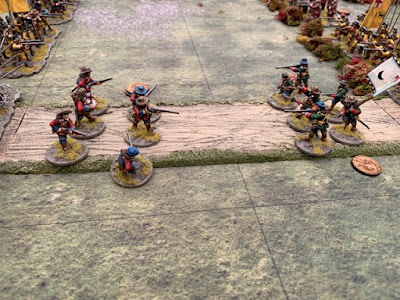 The disaster on the Parliamentarian right continued to unfold. Two more cavalry units broke leaving Sir Williams Brereton no choice but to surrender to the victorious Sir William Vaughan. However, the latter was nowhere to be found as the Royalist cavalry were racing across the field under the “pursuit” rule. Nonetheless with the destruction of the Parliamentarian right wing meant that they had lost 10 of their 13 victory medals. 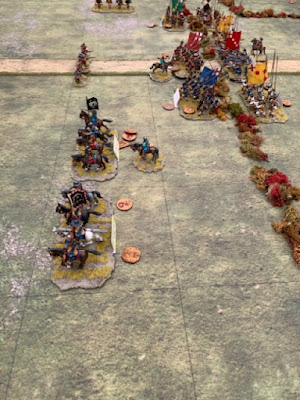 Things were going better on the Parliamentarian left. Despite losing Birch’s 1st regiment of horse Colonel Birch managed to destroy both the opposing units plus their pesky “commanded shot”, with a notably devastating flank attack which saw 10 “attack chits” drawn and 4 hits. 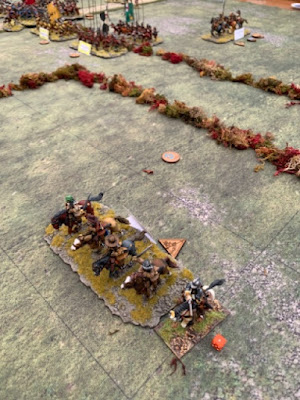 Back in the centre the infantry continued to slug it out at close range. 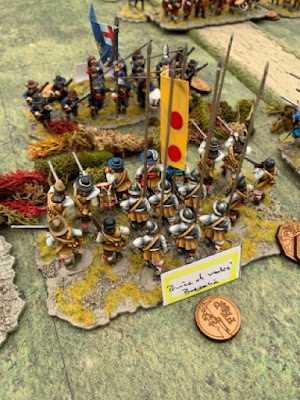 The end came when the Marquis of Worcester’s rag-tag musketeer regiment landed a devastating close-range volley into Birch’s 3rd foot regiment and it broke, racing from the field. 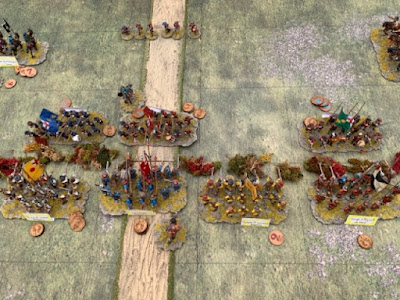 The game and ruleset were viewed as a success…if you like ECW! We played it slowly and didn’t think we got anything fundamentally wrong, but may have missed some of the nuances hidden in the various pages of rules. I for one will be re-reading again before we give the rules another outing next Thursday.

If anyone wants to read more Helion produce a rather nice book on the battle tittles “The Last Army” in their “Century of the Soldier” series.

Labels: 28mm, For King and Parliament